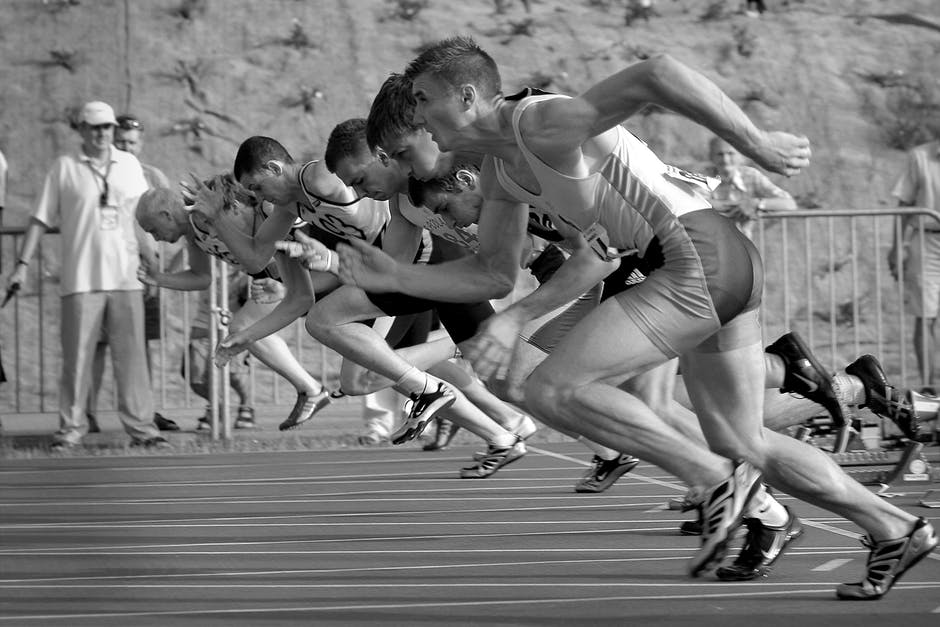 On September 29th, 2017, the World Anti-Doping Agency added gene editing to the list of banned techniques. The World Anti-Doping Agency is one of the major bodies that prescribes the list of banned substances and techniques for athletes that athletes must abstain from or risk losing their status or eligibility for competitions which are integral to their livelihoods.

Gene Editing has been prohibited in the following way:

The following, with the potential to enhance sport performance, are prohibited:
1. The use of polymers of nucleic acids or nucleic acid analogues.
2. The use of gene editing agents designed to alter genome sequences and/or the transcriptional or epigenetic regulation of gene expression.
3. The use of normal or genetically modified cells.

Without getting into the fact that many substances that have nothing to do with gene editing on the banned list are dubiously performance enhancing at best, let’s talk about the logical problems with regulating athletic performance aids at all.

The Misnomer of “Fair” Competition

The ideology of fair athletic competition raises concerns about various athletic enhancing aids such as drugs, techniques, equipment, and other potentially transhuman technologies (including in the case of disabled athletes, prosthetics) because it becomes unclear at high level competition whether or not athletic success is a result of the person who is competing, or of the technology they are employing to achieve victory.

This is often because of two concerns:

We can see these questions translating more broadly into societal transhuman worries. Will those with access to transhuman technologies such as gene editing be advantaged in such a way as to destroy fair societal interactions (including the possibility of upward social mobility)?  Will they even be acting as humans or will they be something else entirely?

Two philosophers each give us an answer to one of these questions.

PD Howe in “Cyborg and Supercrip” gives us an answer to the first question. He believes that no, given the advantages of technology in athletic competition, they are no longer competing in the same contest. Instead, they are competing in a contest to prove who has the most resources. He writes about advanced prosthetics such as those not covered by traditional healthcare plans. As he writes, “With state-of-the-art racing wheelchairs costing upwards of £5000 and ergonomically designed prosthesis costing up to £20,000, athletes from across the globe can find participation as cyborgs with state-of-the-art technology prohibitive.” However, this is complicated by the idea that  able-bodied athletes take similar hi-tech devices to the Olympics, but, he notes, “specialist clothing and shoes appear less like advanced technology in comparison to racing wheelchairs and prosthetic limbs […] as they are not explicitly aids for mobility.” This emphasizes that standards such as those set by The World Anti-Doping Agency are at least a little bit arbitrary, and discriminatory against those who require additional aids to be competitive. It also emphasizes that at least in some part, regardless of the techniques and technologies that are banned, there are still many ways to buy yourself to a better result- which is only possible if you have economic support behind you.

D.A. Baker in, “The ‘Second Place’ Problem: Assistive Technology in Sports and (Re) Construction Normal” takes this idea one step further and gives us an answer to our 2nd concern. D.A. Baker asks us to consider what restricting athletes to ‘fair’ technological aids really entails in the contexts of sporting competitions. She asks us to imagine an athletic competition where, several months before the actual competition is to take place, the athlete’s “strength and metabolic capabilities are quantified and judged to be at or below the same range of function as that of his past or present athletic peers”. At first, this seems similar to wrestling contests, where capacity instead of weight is judged in advance of the actual contest to ensure a level playing field. However, she elaborates that “during the time leading up to the competition our sprinter is not permitted to strengthen his legs, and in fact must ensure that his legs remain at or below the same range of function they were at the time they were initially measured.” Baker argues that in every athletic competition, certain advantages are allowable while keeping the spirit of fair competition. For example, it is allowable that certain basketball players are taller than others (despite the fact that this is clearly not a personal accomplishment they can claim responsibility for), or that some individuals have stronger muscles, or better training (which, again, is often the result of economic advantage). In effect then ‘yes’ they may have an advantage, but also: what high level athlete does not?

We allow variance and advantage in sport because otherwise, every ‘fair’ competition would end in a tie. Perhaps it could be argued that there is some mental aspect to sports which allows equal bodies to triumph instead of tie, but this assumes that mental advantages are not advantages. Mental variance is currently allowable, but were we to engage in truly ‘fair’ competition we might also separate individuals based on their mental capacities, which may also be (and often are) the result of an inborn talent to be driven and involves the capacity to understand physical techniques. Regardless, any athletes knows that their body is limiting- a dancer without naturally flexible hip sockets (which is the result of how their bones are structured) will never be a principal ballerina, someone with debilitating exercise-induced asthma will never be a competitive long-distance runner. We accept these restrictions on athletic performance as easily as we accept that there should be restrictions on how we can change our bodies to better adapt to sport. This is perhaps acceptable to some, but it flies in the face of what the ideology of athletic culture is supposed to be about, normally represented as some pinnacle of human striving or domination of the human spirit over the limitations of biology. This is something that sport shares with transhuman ideology.

Baker argues that the fact that in-born and non-flashy technological advantages (such as gear) are less regulated than transhuman interventions assumes that “quantified standards of ‘normal’ human performance exist and are implicitly canonical,” and she further argues that “this assumption disproportionately restricts individuals with disabilities from the same opportunities to achieve greatness as individuals without disabilities”.This ‘normal’ standard is implied by regulations ensuring the fairness of sport because if there is some way for a technology to be unfair then this means that there is some normal standard that technology  should be measured against.

Now let’s talk about a case where the normal standard was interrogated by sporting bodies.

Baker brings up the case of Caster Semenya, an athlete who was made to undergo a gender test because her ‘masculine physique’ was giving her a competitive edge. However, once she was examined and determined to have female genitalia “the gender issue was settled the athlete was free to use her perceived abnormalities to gain a competitive edge”. Presumably, had the gender assigned to her at birth been found to not correlate with the gender she chose to live as she would have been competing ‘unfairly’, but as it was she “was not required to feminize her appearance or weaken her muscles to bring them back to a level at or below a normal standard”. It seems then that the issue of fairness or a normal standard has much more to do with what capacities we believe are ‘normal’ for certain groups of people (e.g. women, disabled individuals, trans and non-binary people) than with what is actually fair in competition. Furthermore, the existence of a normal standard for groups of individuals with such a high variance of capacity (e.g. disabled individuals, transgendered individuals) when it does not exist for those with able bodies is discriminatory.

Perhaps it is still possible however, that there is some meaningful difference between improving one’s self through enhancing by technological means and working on one’s in-born talents ‘naturally’ or being ‘naturally’ gifted. What, then, does it mean to be ‘naturally’ gifted with a particular talent or physiology? Many philosophers write about the ‘genetic lottery’. The genetic lottery refers to the idea that some persons have inborn advantages when compared to other persons. These inborn advantages, whether they are superior physique, the mental ability to focus and comprehend complex training techniques, or simply the fact that you are born to a rich family with the capacity to nurture your talents and provide coaches to help you excel, are all often what we think of as “talent”, but are these the product of you anymore than enhancement tech is?

A person who doesn’t train will not be able to get gene therapy that suddenly makes them the best runner in existence, but training alone and the inner spirit to persevere does not an athlete make. Many individuals strive as hard as they possibly can and will never be a professional athlete through no fault of their own, but perhaps tech will make sport more accessible- especially if we can ensure that technological distribution happens in a way that is more fair than our current access to athletic opportunity.

Sport is inherently unfair, and crafting regulations to promote fairness is a disingenuous way to try to mask that unfairness. Perhaps it is still admirable to have these types of guidelines to protect athletes from their own desires for greatness, or from the countries, families, or peers that might push them to try risky, experimental drugs or therapies in search of athletic prowess, but if that is the case- restrict the list to those substances and techniques.

In the meantime, may the most privileged person win.

Lynne Sargent is a Philosophy M.A., aerialist, and cyborg enthusiast. When she is not writing you can find her dangling from ribbons and frolicking with faeries. View all posts by Lynne Sargent